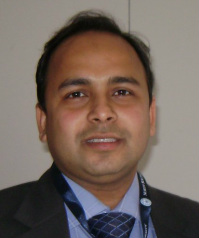 I love to build instruments! The journey starts with the designing of hardware from conceptual phase, followed by implementation phase, writing software for control systems and data acquisition, and finally develop data analysis & reporting system. The journey is not smooth, as it has lots of design improvement, bug fixing and testing. Then demonstrates the equipments for scientific findings. Usually the journey ends with commercialization of the instruments.

Currently I am working for a novel associative action learning assay in Drosophila.

I received Bachelor and Master of Science in Electrical Engineering degree from Toyohashi University of Technology (Japan), and PhD in physics from the Graduate University of Advanced Studies (Japan).

You can find my details publication list and citation at Google Scholar Page.